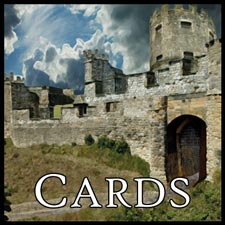 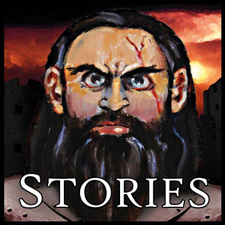 The game is easy to play, fast moving with no dice and different each time. 2 players can be finished in 20 minutes, or with formidable opponents, and up to 8 players, can take much longer! It needs thought, strategy and tactics to win.

Castles are placed on a large map, marked with squares, in the centre of their lands. Each player has a Royal (King or Queen) and General who can move around the map using movement cards. Collecting Troops, Heroes and Heroines as you play, the General marks your position on the board. When the General and his Troops land on a Castle or square with the opponent’s General, a battle is fought. The winner of the battle sends the losers Troops to the Graveyard, or can knock defence points off the opponents Castle if there is no Troops defence. Defending with your Troops can be as effective as attack, it’s up to you.

There are things to collect around the board to aid the campaign which can help win the game if played correctly! Destroying all the opponents’ Castle defences makes you the winner, or you can get them to surrender by annihilating all the Troops!